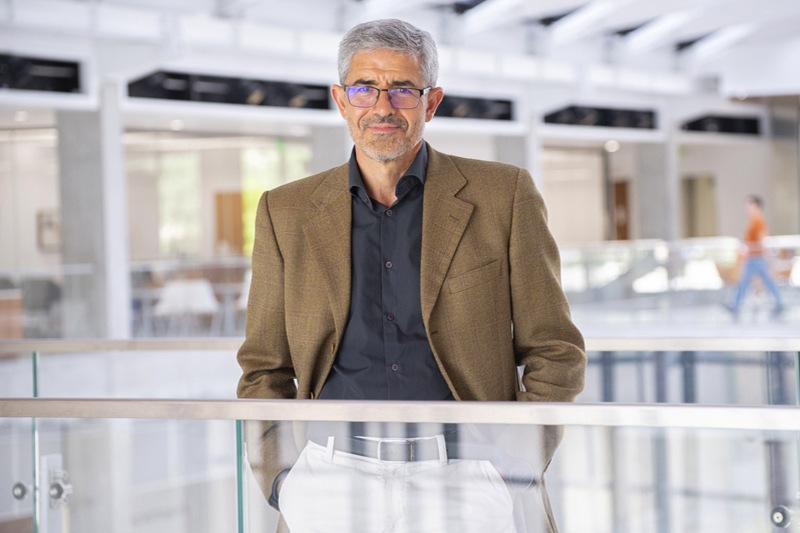 Dr. José del R. Millán is a professor and holds the Carol Cockrell Curran Chair in the Chandra Family Department of Electrical and Computer Engineering at The University of Texas at Austin. He is also a professor in the Department of Neurology at Dell Medical School and faculty of the Mulva Clinic for the Neurosciences. He is co-director of the UT CARE Initiative and associate director of Texas Robotics.

He received a PhD in computer science from the Technical University of Catalonia, Barcelona, in 1992. Prior to joining UT Austin, he was a research scientist at the Joint Research Centre of the European Commission in Ispra (Italy) and a senior researcher at the Idiap Research Institute in Martigny (Switzerland). He has also been a visiting scholar at the Universities of Berkeley and Stanford as well as at the International Computer Science Institute in Berkeley. Most recently, he was Defitech Foundation Chair in Brain-Machine Interface at the École Polytechnique Fédérale de Lausanne in Switzerland (EPFL), where he helped establish the Center for Neuroprosthetics.

Dr. Millán has made several seminal contributions to the field of brain-machine interfaces (BMI), especially based on electroencephalogram signals. Most of his achievements revolve around the design of brain-controlled robots. He has received several recognitions for these seminal and pioneering achievements, notably the IEEE-SMC Nobert Wiener Award in 2011, elevation to IEEE Fellow in 2017, and elected Fellow of the International Academy of Medical and Biological Engineering in 2020. In addition to his work on the fundamentals of BMI and design of neuroprosthetics, Dr. Millán is prioritizing the translation of BMI to people who live with motor and cognitive disabilities. In parallel, he is designing BMI technology to offer new interaction modalities for able-bodied people that augment their abilities.