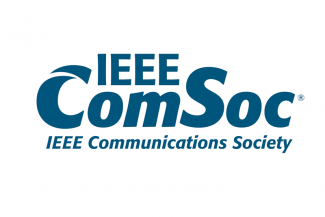 Anand, de Veciana, and Shakkottai’s paper "Joint Scheduling of URLLC and eMBB Traffic in 5G Wireless Networks," appeared in IEEE/ACM Transactions on Networking, Vol. 28, April 2020. The paper develops algorithms (including those using online learning) that permit ultra-low-latency data traffic (URLLC) to be overlayed over high-throughput data traffic (eMBB), such that both types of traffic are simultaneously supported in emerging 5G wireless networks.

Read the abstract and access the paper via IEEE.

Arjun Anand is currently a research scientist at Intel Labs. He received the Ph.D. from The University of Texas at Austin in 2018 and was advised at WNCG by de Veciana. His research interests include resource allocation in data networks, signal processing, and decision making in stochastic systems.

Gustavo de Veciana is the Cockrell Family Regents Chair in Engineering # 7 and the Associate Chair for Faculty Affairs in the Department of Electrical & Computer Engineering at The University of Texas at Austin. He is a recipient of a 1996 National Science Foundation CAREER Award, was an Editor for IEEE/ACM Transactions on Networking, and a co-recipient of the IEEE/CAS William J. McCalla ICCAD Best Paper Award, 2000. He was elevated to IEEE Fellow status in 2009.

Sanjay Shakkottai is a Professor and holds the Temple Foundation Endowed Professorship No. 4 in the Department of Electrical and Computer Engineering at The University of Texas at Austin. He received the NSF CAREER award in 2004, and was elected as an IEEE Fellow in 2014. His research interests lie at the intersection of algorithms for resource allocation, statistical learning and networks, with applications to wireless communication networks and online platforms.