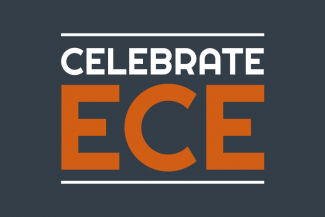 Texas ECE celebrated our 2020-2021 graduates and award winners and inducted two new alumni in to our Academy of Distinguished Alumni in a virtual ceremony on Wednesday, May 19, 2021. Congratulations to all of our new graduates and honorees.

The David and Ruth Beer Endowment for Student Excellence is given each year in honor of Dr. David Beer, a former ECE professor who transferred from the English Department in 1985 to set up a technical communication program for ECE students. The Beer Endowment for Student Excellence is an annual award for ECE juniors and seniors in EE 333T who demonstrate excellence in professional written and spoken communication.

Texas ECE awards the Undergraduate Leadership Award annually to one BSEE student who has demonstrated excellence in leadership through their activities in student organizations, mentorship roles, and departmental programs.

The Texas ECE Undergraduate Achievement Award recognizes the department’s top achieving BSEE student in that academic year. Top Achiever status is based on a balance of an elite GPA along with rigorous course work and extracurricular achievements.

The following awards are chosen by the Undergraduate Advisory Board and undergraduate students in recognition of the faculty and student organizations who have had an impact on their education.

This prestigious award was established in memory of Dr. Margarida Jacome, a Texas ECE computer engineering professor from 1994 to 2007. Through this award, we are pleased that we can continue Dr. Jacome’s legacy of excellence in research by annually recognizing a graduate student in ECE who has demonstrated excellence in his/her Ph.D. research and dissertation.

Texas ECE awards a Graduate Leadership Award annually to one MSEE or PhD student who has demonstrated excellence in leadership through their activities in student organizations, mentorship roles, and departmental programs.

The Texas ECE Graduate Achievement Award recognizes the department’s topachieving graduate student graduating with an MSEE or PhD in that academic year. Top Achiever status is based on a balance of an elite GPA along with rigorous course work and extracurricular achievements.

Eric Feng is a software engineer, business executive, and financier. After graduating from UT Austin in 1999 with a BSEE he worked for Microsoft China and later became the founding CTO of Hulu. He is a former general partner at the venture capital firm Kleiner Perkins Caulfield & Byers, where he was focused on leading early stage consumer investments before leaving in 2018. Today, Eric leads Commerce Incubation at Facebook and continues to be involved with innovative companies across America.

Today we celebrate the accomplishments and life of Charles 'Charlie' M. Lundquist III as a posthumous inductee to the Class of 2021 Texas ECE Academy of Distinguished Alumni. As a 1984 BSEE of Texas ECE Charlie then served for more than thirty years with NASA and McDonnell Douglas Space Systems Co. conducting engineering leadership and management on space flight projects ranging from missions with STS-37 and Space Shuttle Atlantis in 1990 to becoming Deputy Program Manager for the Orion Program in 2015. On behalf of Charlie, Mrs. Lisa Lundquist accepted in his memory.