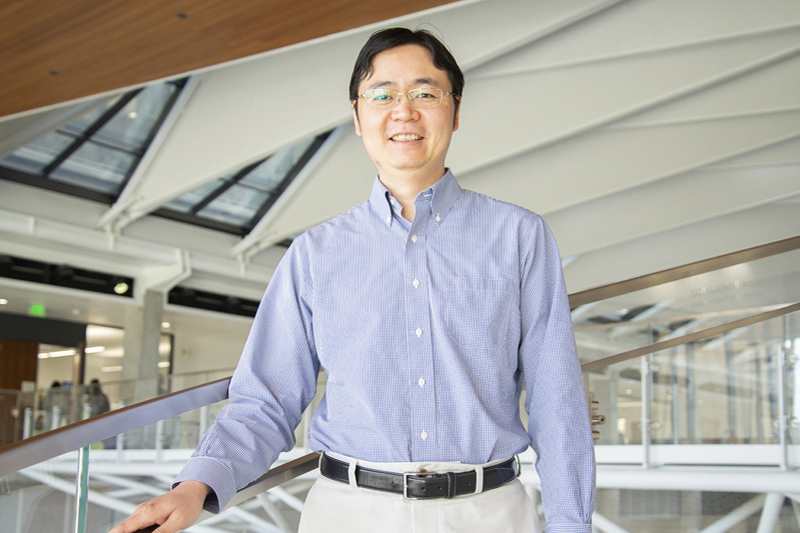 Nan Sun is an Adjunct Associate Professor and is a Fellow of Silicon Laboratories Endowed Chair in Electrical Engineering in the Department of Electrical and Computer Engineering at the University of Texas at Austin.

Nan Sun received the B.S. degree (Hons.) from the Department of Electronic Engineering, Tsinghua University, Beijing, China, in 2006, and the Ph.D. degree from the School of Engineering and Applied Sciences, Harvard University, Cambridge, MA, USA, in 2010.

He is currently Temple Foundation Endowed Associate Professor with the Department of Electrical and Computer Engineering, The University of Texas at Austin (UT Austin), Austin, TX, USA. His current research interests include analog, mixed-signal, and RF-integrated circuits, miniature spin resonance systems, magnetic and image sensors, and micro-scale and nano-scale solid-state platforms (silicon ICs and beyond) to analyze biological systems for biotechnology and medicine.

Dr. Sun was a recipient of the NSF Career Award in 2013 and the Jack Kilby Research Award from UT Austin in 2015 and 2016. He was the AMD Endowed Development Chair from 2013 to 2017. He serves on the Technical Program Committee of the IEEE Custom Integrated Circuits Conference and the IEEE Asian Solid-State Circuit Conference. He is currently the Distinguished Lecturer of the IEEE Circuits-and-Systems Society. He serves as an Associate Editor for the IEEE TRANSACTIONS ON CIRCUITS AND SYSTEM I: REGULAR PAPERS and as a Guest Editor for the IEEE JOURNAL OF SOLID-STATE CIRCUITS.