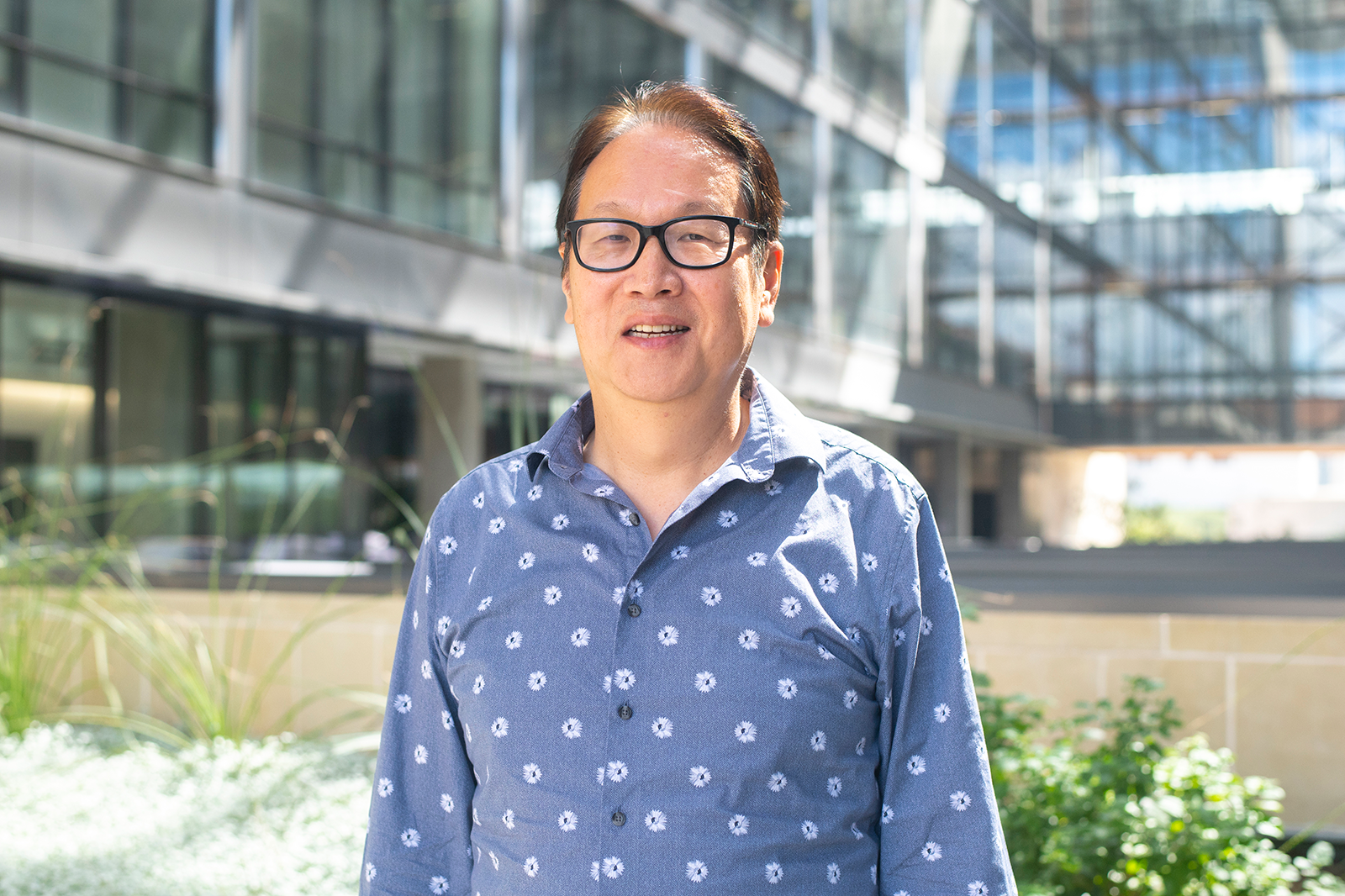 Ray Chen is the Keys and Joan Curry/Cullen Trust Endowed Chair at The University of Texas Austin.

Chen is the director of the Nanophotonics and Optical Interconnects Research Lab, at the Microelectronics Research Center.  He is the director of the AFOSR MURI-Center for Power-Efficient Silicon Nanophotonics for Optical Computing and Interconnects.  From 2008 to 2013 he also led a MURI center for Silicon Nanomembrane involving faculty from Stanford, UIUC, Rutgers, and UT Austin.  A myriad of commercially available devices and systems are available in the market from these basic research programs.  He received his BS degree in Physics in 1980 from the National Tsing Hua University in Taiwan, his MS degree in physics in 1983, and his PhD degree in Electrical Engineering in 1988, both from the University of California.  He joined UT Austin in 1992 to start the optical interconnect research program. From 1988 to 1992 Chen worked as a research scientist, manager, and director of the Department of Engineering at the Physical Optics Corporation in Torrance, California.

Chen served as the CTO, Founder, and Chairman of the Board of Radiant Research, Inc. from 2000 to 2001, where he raised 18 million dollars A-Round funding to commercialize polymer-based photonic devices involving over twenty patents, which were acquired by Finisar in 2002, a publicly traded company in the Silicon Valley (NASDAQ:FNSR).  He also serves as the founder and Chairman of the Board of Omega Optics Inc. since its initiation in 2001. Omega Optics has received over twenty million dollars in research funding from private sectors and government agencies.  His research work has been awarded over 150 research grants and contracts from such sponsors as Army, Navy, Air Force, DARPA, MDA, NSA, NSF, DOE, EPA, NIST, NIH, NASA, the State of Texas, and private industry. The research topics are focused on four main subjects: (1) Nano-photonic passive and active devices for bio- and EM-wave sensing and interconnect applications, (2) Thin film guided-wave optical interconnection, computing and packaging for 2D and 3D laser beam routing and steering, (3) True time delay (TTD) wide band phased array antenna (PAA), and (4). 3D printed micro-electronics and photonics.  Experiences garnered through these programs are pivotal elements for his research and further commercialization.

Chen’s group at UT Austin has reported its research findings in more than 970 publications, including over 100 invited papers and 82 patents. He has chaired or been a program-committee member for more than 130 domestic and international conferences organized by IEEE, SPIE OSA, and PSC. He has served as an editor, co-editor or coauthor for over twenty books.  Chen has also served as a consultant for various federal agencies and private companies and delivered numerous invited talks to professional societies. Chen is a Fellow of IEEE, OSA, and SPIE.  He was the recipient of the 1987 UC Regent’s Dissertation Fellowship and the 1999 UT Engineering Foundation Faculty Award, for his contributions in research, teaching and services.  He received the honorary citizenship award in 2003 from the Austin city council for his contribution in community service.  He was also the recipient of the 2008 IEEE Teaching Award, and the 2010 IEEE HKN Loudest Professor Award. 2013 NASA Certified Technical Achievement Award for contribution on moon surveillance conformable phased array antenna.  During his undergraduate years at the National Tsing Hua University he led the 1979 university debate team to the Championship of the Taiwan College-Cup Debate Contest.

Chen has supervised 41 postdocs and graduated 56 PhD students from his research group at UT Austin.   Many of them are currently professors in the major research universities in the world.