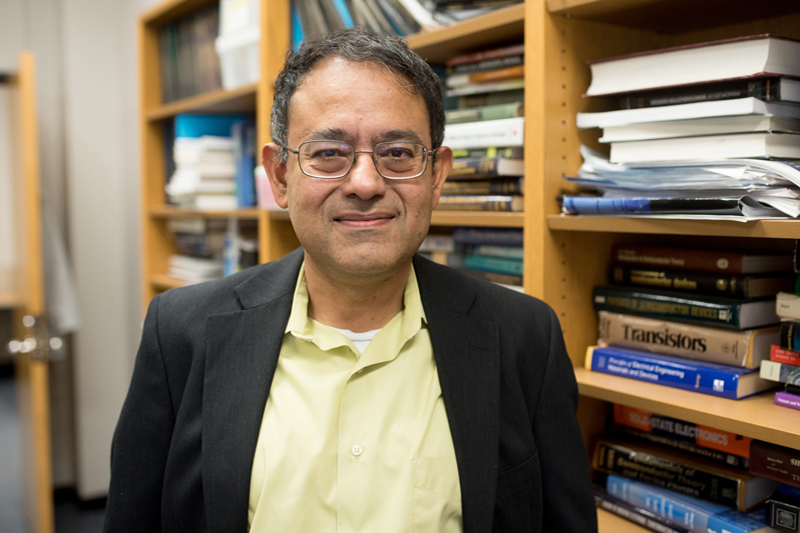 Sanjay Banerjee is the Cockrell Family Regents Chair Professor of Electrical and Computer Engineering and Director, Microelectronics Research Center, at the University of Texas at Austin.

He received his B.Tech from the Indian Institute of Technology, Kharagpur, and his M.S. and Ph.D. from the University of Illinois at Urbana-Champaign in 1979, 1981 and 1983 respectively, all in electrical engineering. As a Member of the Technical Staff, Corporate Research, Development and Engineering of Texas Instruments Incorporated from 1983-1987, he worked on polysilicon transistors and dynamic random access trench memory cells used by Texas Instruments in the world's first 4Megabit DRAM. He has been Assistant Professor (1987-90), Associate Professor (1990-93), and Professor (1993-) at The University of Texas at Austin. He has over 1000 archival refereed publications/talks, 10 books/chapters, and 35 U.S. patents, and has supervised over 80 Ph.D. and 70 MS students.

He is a Fellow of IEEE, APS and AAAS. He is active in the areas of beyond-CMOS nanoelectronic transistors based on 2D materials and spintronics, fabrication and modeling of advanced MOSFETs, and solar cells.