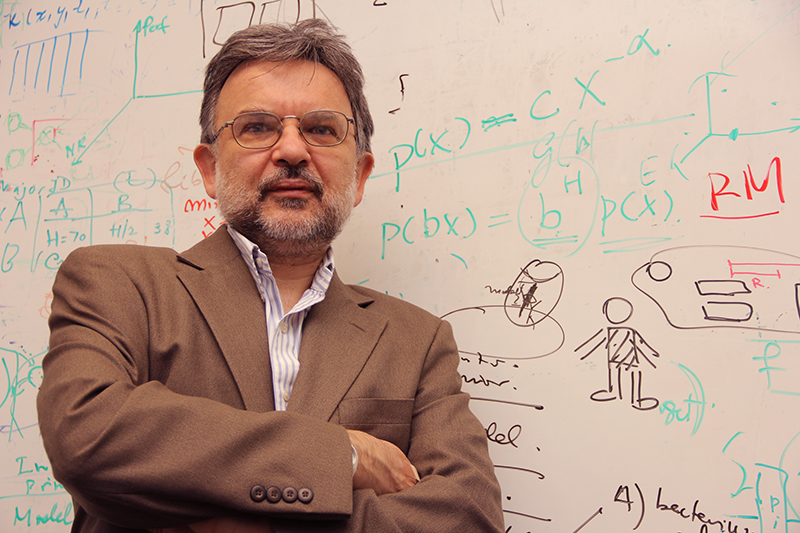 He received his Ph.D. in Electrical Engineering from the University of Southern California in 1998. Radu's current research focuses on developing new ML/AI methods and tools for modeling, analysis, and optimization of embedded systems, cyber-physical systems, social networks, and Internet-of-Things.

Radu has received the 2019 IEEE Computer Society Edward J. McCluskey Technical Achievement Award, for seminal contributions to the science of network on chip design, analysis, and optimization. For his work on design automation and embedded systems design, he has received the Donald O. Pederson Best Paper Award from the IEEE Trans. of Computer-Aided Design of Integrated circuits and Systems in 2012, the Best Paper Award of IEEE Trans. on VLSI Systems in 2018, 2011, and 2005, the 10-Year Retrospective Most Influential Paper Award from the Asia and South Pacific Design Automation Conference in 2013, as well as several best paper awards in major conferences and symposia. Most recently, he received the 2020 ESWEEK Test-of-Time Award from The International Conference on Hardware/Software Co-Design and System Synthesis (CODES).

Radu currently serves as the Editor-in-Chief of Foundations & Trends of Electronic Design Automation and Associate Editor of IEEE Transactions on Computers and IEEE Transactions on Emerging Topics in Computing. Over the years, he has served as an Associate Editor of IEEE Trans. on Computer-Aided Design of Circuits and Integrated Systems, IEEE Trans. on VLSI, ACM Trans. on Embedded Computing Systems, ACM Trans. on Design Automation of Embedded Systems, PeerJ. He was an ACM Distinguished Speaker (2009-2012).

He has been involved in organizing many international conferences, symposia, workshops, and tutorials, as well as guest editor of several special issues in archival journals and magazines. Most recently, he was the General co-Chair of 10th edition of the Cyber-Physical Systems Week held in Pittsburgh in April 2017.

Radu is a Fellow of IEEE cited for his contributions to the design and optimization of on-chip communication for embedded multicore systems.