Computational algorithms are now an integral part of MRI, which mitigates several limitations including speed, physiological motion, and scanner imperfections. Many of the classical algorithms rely on computational forward models of the acquisition scheme and engineered priors including sparsity. The main focus of this talk is on model based deep learning algorithms, which learn the image structure from pre-acquired exemplar data. Both supervised approaches that require fully-sampled data as well as unsupervised approaches that only require under-sampled measurements will be introduced. I will also discuss algorithms to jointly design the sampling pattern and reconstruction algorithm. The second part of the talk will be on model based deep learning methods for dynamic MRI, where the manifold structure of images and patches dataset are learned from under-sampled data and exploited to recover the image time series. The talk is a brief summary of our recent work, whose details are available at https://cbig.iibi.uiowa.edu/ 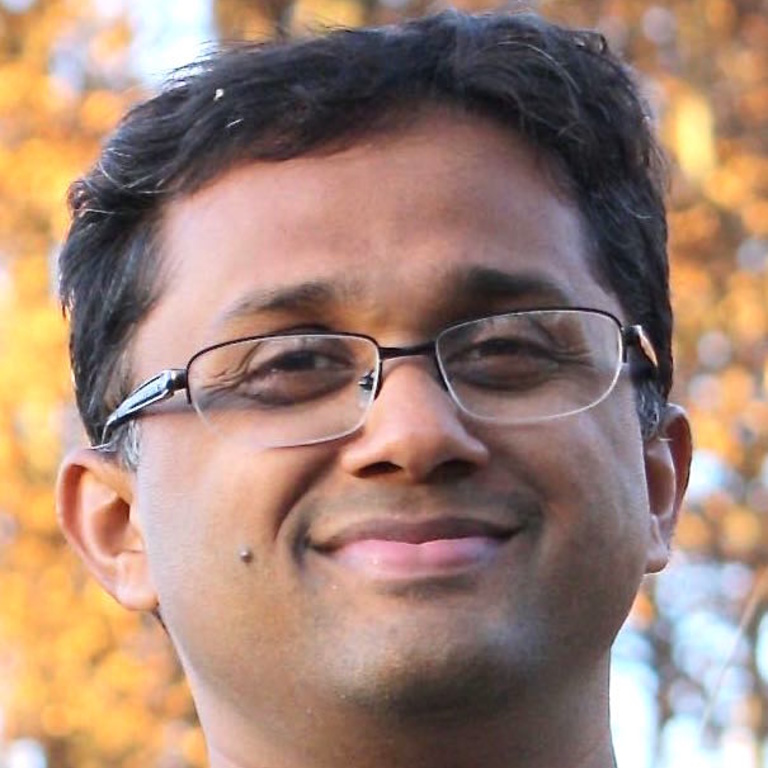 Mathews Jacob is a professor at the Department of Electrical and Computer Engineering and is heading the Computational Biomedical Imaging Group (CBIG) at the University of Iowa. His research interests include image reconstruction, image analysis and quantification in the context of magnetic resonance imaging. He received his Ph.D degree from the Biomedical Imaging Group at the Swiss Federal Institute of Technology.  He was a Beckman postdoctoral fellow at the University of Illinois at Urbana Champaign. He is the recipient of the CAREER award from the National Science Foundation and the Research Scholar Award from American Cancer Society. He is currently the associate editor of the IEEE Transactions on Medical Imaging and was the associate editor of IEEE Transactions on Computational Imaging 2016-2020. He was the general chair for the IEEE International Symposium on Biomedical Imaging, 2020.