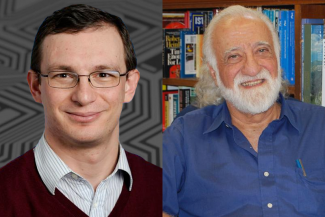 The research reported in the paper and the paper itself were both done at UT while Onur was a PhD student in the ECE Department. Collaboration with Jared Stark and Chris Wilkinson was done during Onur's summer internship at Intela nd also during the academic year while Onur was at UT.

The HPCA Test of Time award recognizes the most influential papers published in prior sessions of the International Symposium of High Performance Computer Architecture each of whom have had significant impact in the field.

The committee described the influence of the paper in their award:

"Runahead Execution is a pioneering paper that opened up new avenues in dynamic prefetching. The basic idea of run ahead execution effectively increases the instruction window very significantly, without having to increase physical resource size (e.g. the issue queue). This seminal paper spawned off a new area of ILP-enhancing microarchitecture research. This work has had strong industry impact as evidenced by IBM's POWER6 - Load Lookahead, NVIDIA Denver, and Sun ROCK's hardware scouting."

Onur Mutlu is a Professor of Computer Science at ETH Zurich. He is also a faculty member at Carnegie Mellon University, where he previously held Strecker Early Career Professorship. His current broader research interests are in computer architecture, systems, hardware security, and bioinformatics. A variety of techniques he, along with his group and collaborators, has invented over the years have influenced industry and have been employed in commercial microprocessors and memory/storage systems. He obtained his PhD and MS in ECE from The University of Texas at Austin and BS degrees in Computer Engineering and Psychology from the University of Michigan, Ann Arbor. His PhD work was supervised by Prof. Yale Patt.

Chris Wilkerson is the Principal Architect at a startup formed in April 2020. Previously he served as a Deep Learning Architect at NVIDIA and a Research Scientist at Intel. He received his MS in ECE from Carnegie Mellon University in 1996.

Yale Patt is Professor of ECE and the Ernest Cockrell, Jr. Centennial Chair in Engineering at the University of Texas at Austin.