UT ECE alumnus, Chris Chuter recently announced the launch of Peeple, a Wi-Fi enabled smart camera that can be attached to the peephole of the main door to monitor and secure the main entrance of the house.

Talking about his innovation, Chuter, CEO and the co-founder of Peeple, said that his intentions were to provide people with a sense of security or as he likes to call it, “securiosity”. 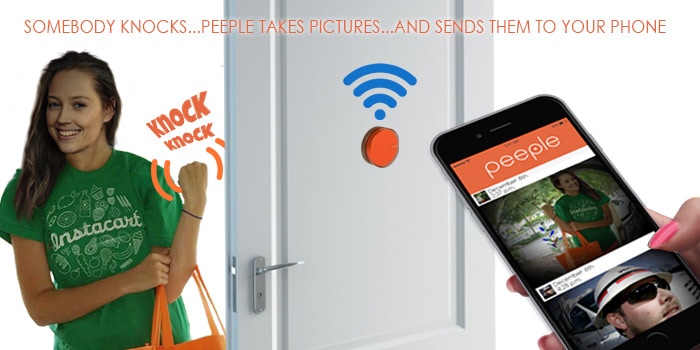 The camera can be mounted over a peephole or attached to a glass door. It functions on a battery that needs to be charged only once a year, which makes it extremely cost-effective since it requires no external power sourcing. With its sensory abilities, the camera alerts the homeowners by taking photographic images of the person knocking on the door. In addition to this, the device also keeps a track of who walks in and out of the door.

Chuter completed his bachelor’s and master’s degree in Electrical and Computer Engineering from the department. Craig Sullender, who is instrumental in developing the mechanics for Peeple, too is an alumnus of UT ECE.

Earlier this year, the Austin-based start up won the second place at TechCrunch’s Hardware Battlefield 2015 competition at the Consumer Electronics Show held in Las Vegas. The company was competing against 14 hardware startups for a first prize of $50,000. The team also presented a few work in progress models of this device at the Highway1 Hardware startup accelerator in San Francisco last year.

With the finished product now ready to roll out in the market, Peeple just launched its crowd-funding campaign through Kickstarter to raise funds for its production processes. So far the company has collected over $44,000 and has over 330 backers. They are looking to meet a goal of $50,000 soon.