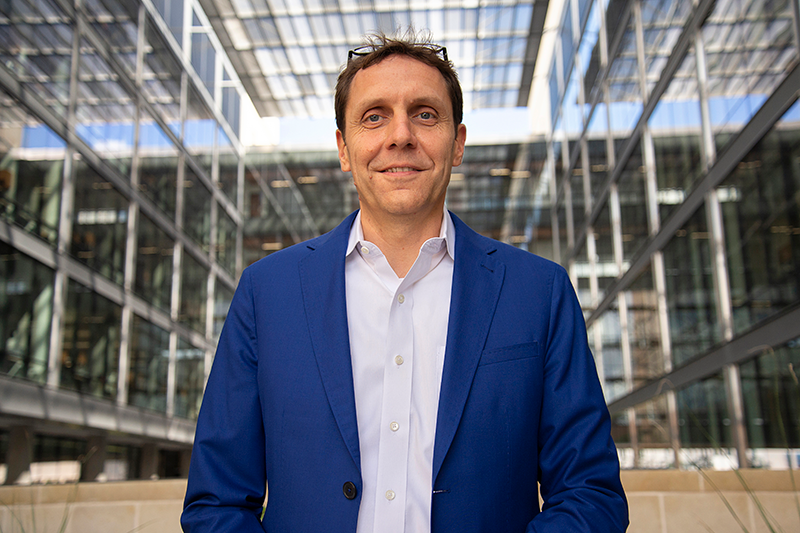 Dr. Andreas Gerstlauer is a Professor, holder of the Engineering Foundation Endowed Faculty Fellowship in Engineering, and the Associate Chair for Academic Affairs in the Department of Electrical & Computer Engineering at The University of Texas at Austin.

He received a M.S. degree in Electrical Engineering from the University of Stuttgart, Germany in 1997 and his M.S. and Ph.D. degrees in Information and Computer Science from the University of California, Irvine in 1998 and 2004, respectively. Prior to joining UT in 2008, he was an Assistant Researcher in the Center for Embedded Computer Systems (CECS) at UC Irvine, working on electronic system-level (ESL) design tools. Commercial derivatives of such tools are in use at the Japanese Aerospace Exploration Agency (JAXA), NEC Toshiba Space Systems and others.

Dr. Gerstlauer is co-author on 3 books and more than 100 conference and journal publications, and he has presented in numerous conference and industrial tutorials. His work was recognized by a 2016-2017 Humboldt Research Fellowship, the Best Research Paper Award at the 2016 Design Automation Conference (DAC), the Best Paper Award at the 2015 International Conference on Embedded Computer Systems: Architectures, Modeling and Simulation (SAMOS), several best paper nominations from, among others, DAC, DATE and HOST, and as one of the most influential contributions in 10 years at DATE in 2008. He was General and Finance Chair for MEMOCODE 2015, Co-Chair and Chair of the Program Committee for CODES+ISSS 2015 and 2016, and Technical Program Chair for SAMOS 2016. He currently serves as an Associated Editor for the ACM Transactions on Embedded Computer Systems (TECS) and ACM Transactions on Design Automation of Electronic Systems (TODAES) journals as well as Topic/Track Chair or member of the program committee for major international conferences such as DAC, DATE and CODES+ISSS.