Graphene and Beyond: The Wonder Materials That Could Replace Silicon in Future Tech 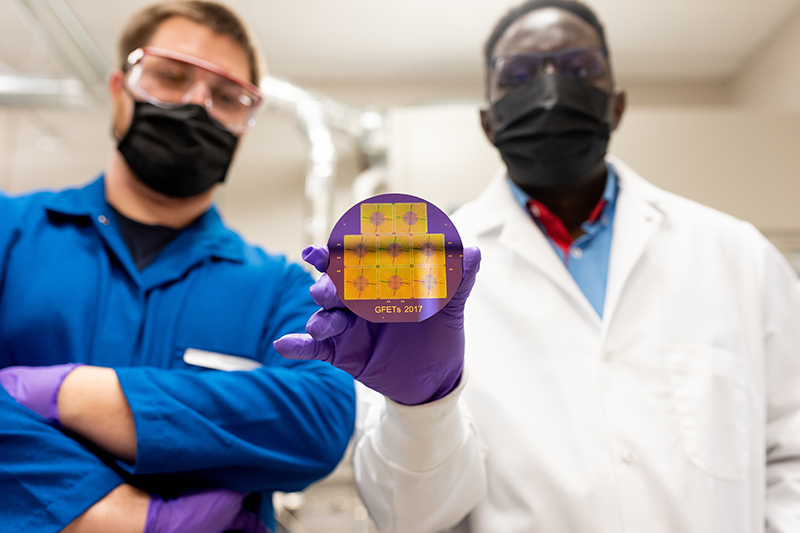 Testifying to its greatness is more than 70 years’ worth of steady progress in electronic computing, from the first primitive desktop calculators to that pocket-size supercomputer we call a smartphone.

Formulate silicon just right, shape it into a transistor, and it can be both a conductor and an insulator, depending on the charge you run through it—a fundamental property without which the entire digital revolution, and the internet, and everything from TikTok to Covid vaccines would be impossible.

But silicon is showing its age. The reliable biennial doubling in the computational power of microchips, known as Moore’s Law, has been slowing, and could soon come to an end. It’s pretty much impossible, using current methods, to get the elements etched into silicon, like transistors, below about 3 nanometers in their smallest dimension. (To put that in perspective, a 3-nanometer film can be as few as 15 atoms thick.) So the tech industry is in search of other wonder materials to take good old silicon’s place—or at least combine with it to vastly increase its capabilities.

Researchers on the bleeding edge of physics, chemistry and engineering are experimenting with exotic-sounding substances to be used in microchips. They include graphene, black phosphorus, transition metal dichalcogenides, and boron nitride nanosheets. Collectively, they’re known as 2-D materials, since they are flat sheets only an atom or two thick. Largely unknown just 20 years ago, they are now regularly fabricated in labs, using methods as mundane as a blender and as tricky as high-temperature vapor deposition.