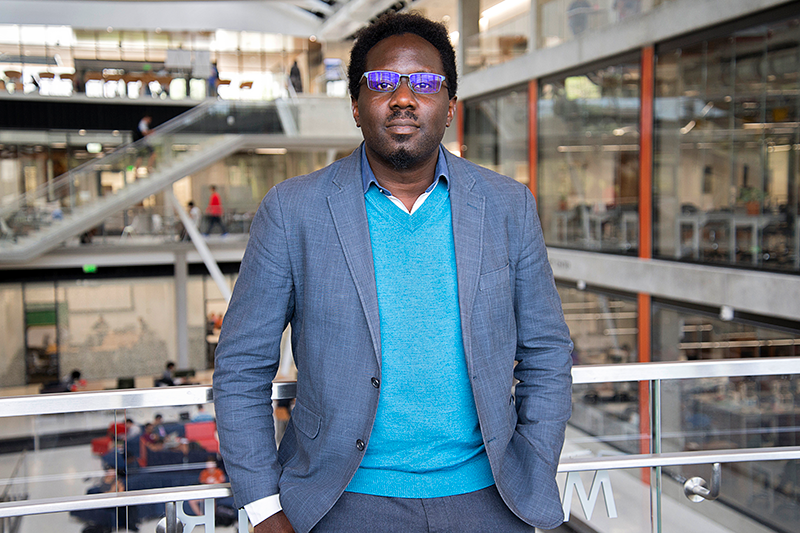 His research focuses on 2D materials and nanotechnology, pioneering device innovations from lab towards applications. Prof. Akinwande has been honored with the 2018 Fulbright Specialist Award, 2017 Bessel-Humboldt Research Award, the U.S Presidential PECASE award by President Obama, the inaugural Gordon Moore Inventor Fellow award, the inaugural IEEE Nano Geim and Novoselov Graphene Prize, the IEEE “Early Career Award” in Nanotechnology, the NSF CAREER award, several DoD Young Investigator awards, the 3M Nontenured Faculty Award, and was a past recipient of fellowships from the Kilby/TI, Ford Foundation, Alfred P. Sloan Foundation, and Stanford DARE Initiative. His recent results on silicene have been featured by nature news, Time and Forbes magazines and was selected among the top 2015 science stories by Discover magazine. He invented 2D memory, also known as atomristors. His work on flexible 2D electronics was highlighted among the "best of 2012" by the nanotechweb news portal and has been featured on MIT's technology review and other technical media outlets. He is a distinguished lecturer of the IEEE Electron Device Society, an Editor for Nature NPJ 2D Materials and Applications, and on the editorial boards for Science, ACS Nano, and Nano letters journals. He is the co-Chair of the Gordon Research Conference on 2D electronics, and was a past Chair of the 2018/2019 Device Research Conference (DRC), and the Committee Chair of Nano-devices for 2018 IEEE IEDM Conference. He co-authored a textbook on carbon nanotubes and graphene device physics by Cambridge University Press, 2011, and was recently a finalist for the Regents' Outstanding Teaching Award, the highest teaching award from the University of Texas System. He is a Fellow of the American Physical Society (APS).