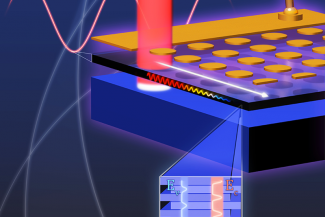 A group of Texas Engineers created an infrared detector that represents a major step forward compared to what's on the market today. These devices are important for sensing trace amounts of gasses to determine air quality, and they have the potential to improve free-space communication, which involves transmitting data using light through open air instead of fiber-optic cable.

Key Discovery: The secret sauce is in the size of the detector and the plasmonic mode that concentrates light into the much smaller detector. The researchers grew ultra-thin detectors – at a thickness of 300 nanometers, compared to approximately 10 micrometers common in today's infrared detectors. That's a reduction in size of 97%.

As demonstrated in a new paper in Optica, the researchers squeezed the light into this ultra-thin detector using a plasmonic mode. The new detector absorbed the same amount as a typical detector, but performed better because the light is concentrated via the use of a special type of semiconductor which behaves like a metal at infrared wavelengths: what the team likes to call plasmonic ‘designer metals.’ Because of the much thinner active region, the new device can operate at much higher temperatures. And that means it doesn’t require nearly as much cooling as typical infrared detectors. This improvement opens up the possibility of creating more portable systems that use infrared detectors.

"You don't have to use cryogenic cooling, and can instead manage with thermo-electric cooling, which is a lot easier,” said Dan Wasserman, a professor in the Cockrell School’s Department of Electrical and Computer Engineering. "You can’t build a compact or mobile communications system or sensing system when you have to lug liquid nitrogen around to cool your detector." 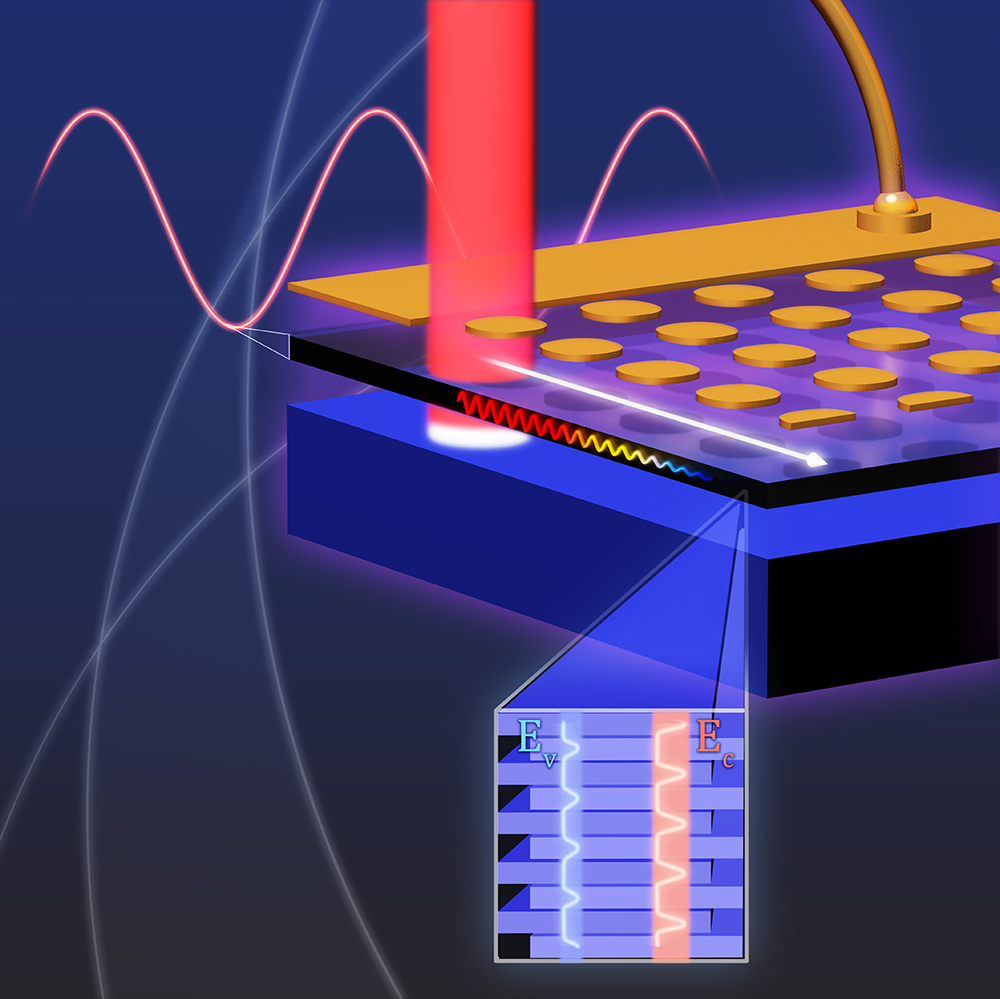 Why It Matters: The new infrared detector shows an order of magnitude improvement over current commercially available products. For gas sensing, this means systems utilizing the detector could detect the presence of fewer molecules and give a clearer picture of what is present in the air.

For free-space communications, the new detector could receive transmitted data through more adverse air conditions that often bog down existing systems, such as cloud cover and rain.

Change is Coming: Leading infrared detectors today mostly use the materials mercury cadmium telluride. However, environmental regulations on mercury-cadmium photovoltaics in the European Union that date back more than a decade are beginning to take effect.

That means alternatives need to emerge. And the researchers say they are one of the few who have managed to come up with a viable infrared detector that doesn’t rely heavily on mercury-cadmium, while also outperforming existing mercury-cadmium-telluride detectors.

“With few exceptions for medicine and military, no one is going be able to use anything but a product that is mercury- and cadmium-free in the near future, and of the alternative detectors ours offer the best performance at the highest temperatures,” said Leland Nordin, a former graduate research assistant in Wasserman’s lab, who is now a postdoctoral fellow at Stanford University.

What's Next: This project is a culmination of more than decade of research in Wasserman's group. The next areas of emphasis include making the detector even thinner, allowing it to operate at higher temperatures, and increasing sensitivity.

The researchers have filed a patent application for the technology. The work was supported by several National Science Foundation grants over the years, as well as through a collaboration with Lockheed Martin. Wasserman credits Nordin with connecting the dots and pulling together years’ worth of research and discoveries into a workable device.

“It’s one thing to think this might work, but to advance this to a place where it actually works in practice is a whole other thing,” Wasserman said. “What Leland did in making what was just an idea into reality is incredible, it would have never happened without him.”